Aberrant Recordings is a new label that focuses on noise, power electronics, industrial and related styles.

Bandcamp site is now up:

The heavyweight of cutup japanoise, faces off with BoC in this A side/B side vinyl split. These look and sound amazing. Mastered by Thomas DiMuzio. Also includes CD in slip case

Split album between the long-running noise titan Kadaver (from Israel) and newcomer noise-assaulter Soma (from Spain). Harsh electronics, painting a grim bleak-picture of reality via industrial madness. Kadaver delivers with thick slabs of sonic noise violence. Soma's side is brutal and punishing beyond belief. This one is not to be missed! We'll be really sorry for this. Cassette edition, limited to 30 units - artwork design by Michael Zolotov.

Ms. 45 by Systematic Elimination is a Noise Tour de force themed around the Abel Ferrara classic of the same name. Thunderous stabs of noise pierce through in a musical panic attack. Be sure not to miss this! Limited to 35 copies

SOLD OUT- PLEASE CONTACT THE PROJECT DIRECTLY TO PURCHSE A COPY.
Peace Doctrine is the cutup noise project of Matt Gomes of Misery Engine, In Disgust and Socioclast. Hot off the heels of the debut release earlier this year, this chaotic and searing C22 is guaranteed to blow your ears and brains. Enough hard panning, harsh dynamics and stutter to quench the thirst of even the most parched cutup heads! Limited to 35 copies\ 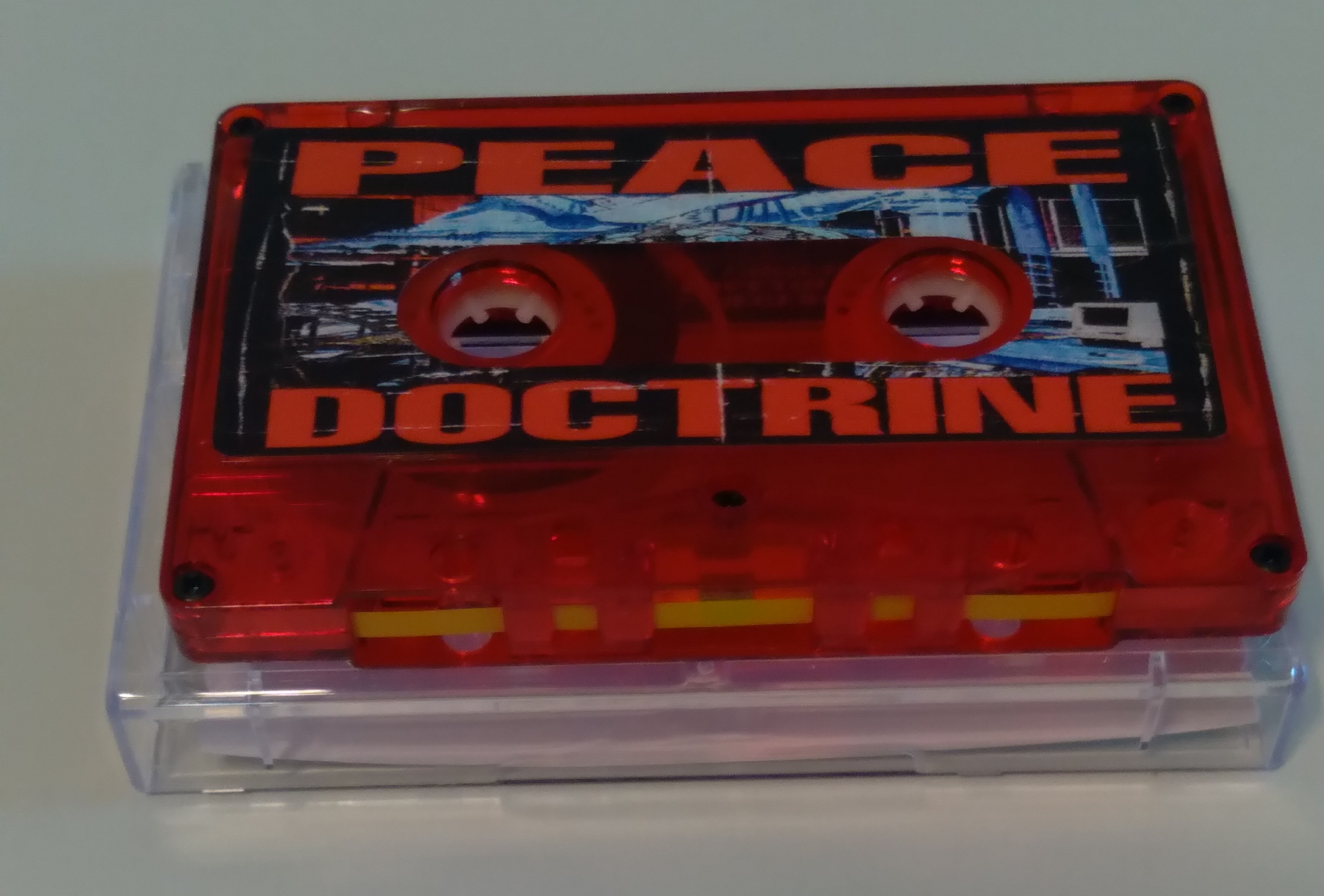 “Tantric Death brings forth a troubled cacophony of scrap metal noise and ruptured machinery. “Killing Me Softly”, in all its relentlessness, is a rumination on the infernal howl of death. It is a terror echoing beyond waves of shattering fragments of glass glass. It is a terror beyond a metal drill burrowing noisily within your skull. It is the looming terror of a death that comes both softly and unaware.” Limited to 35 copies. 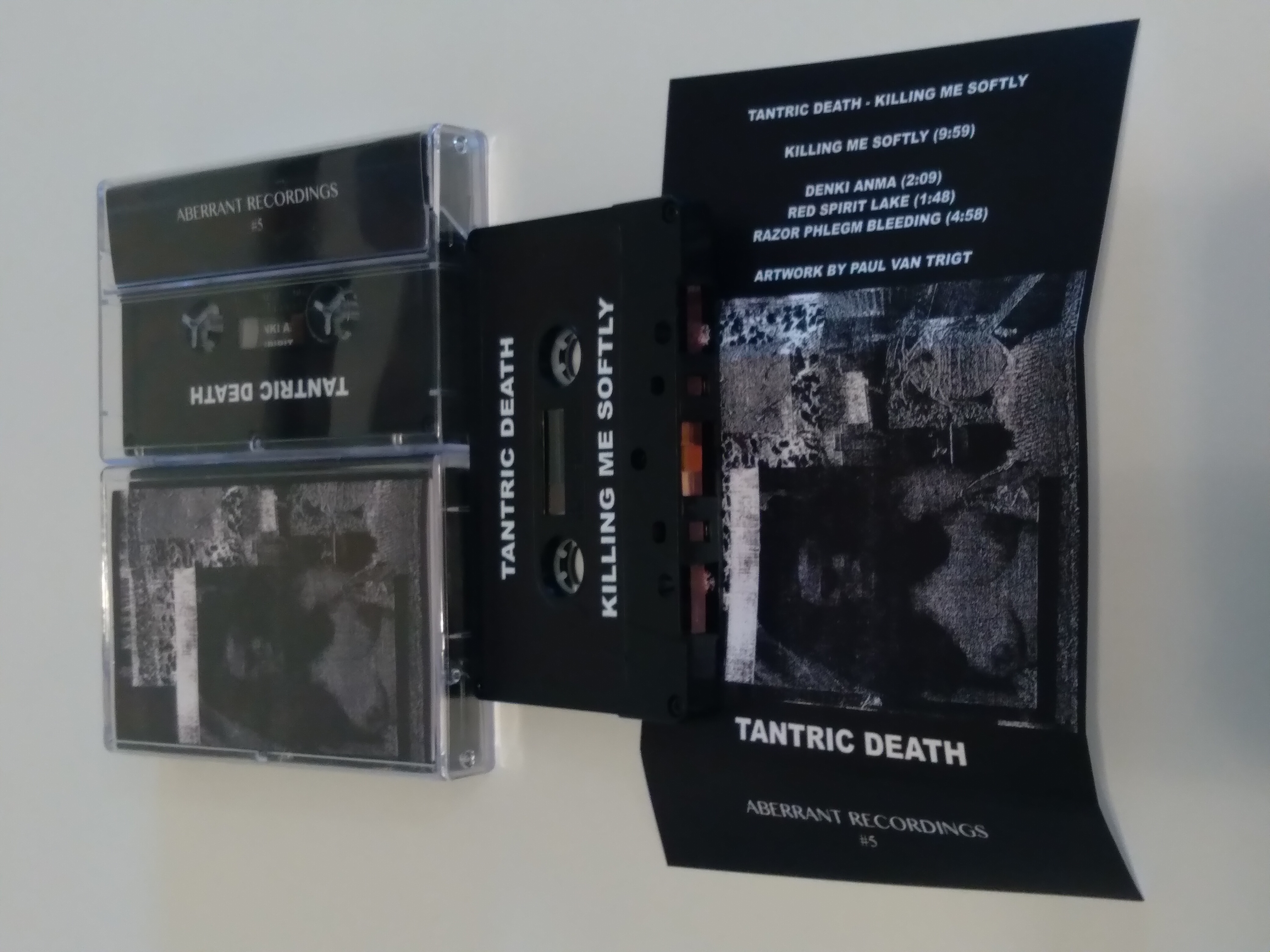 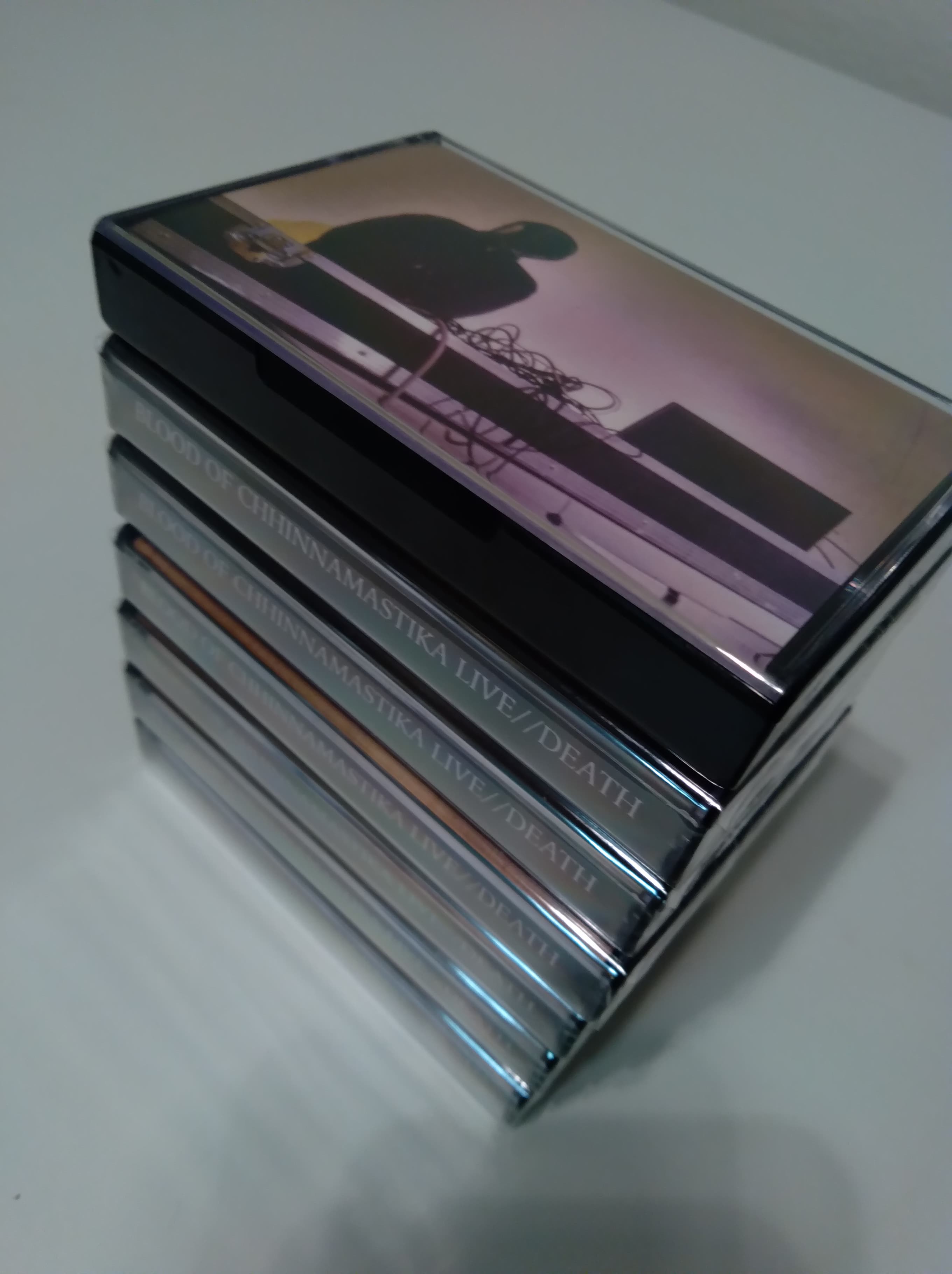 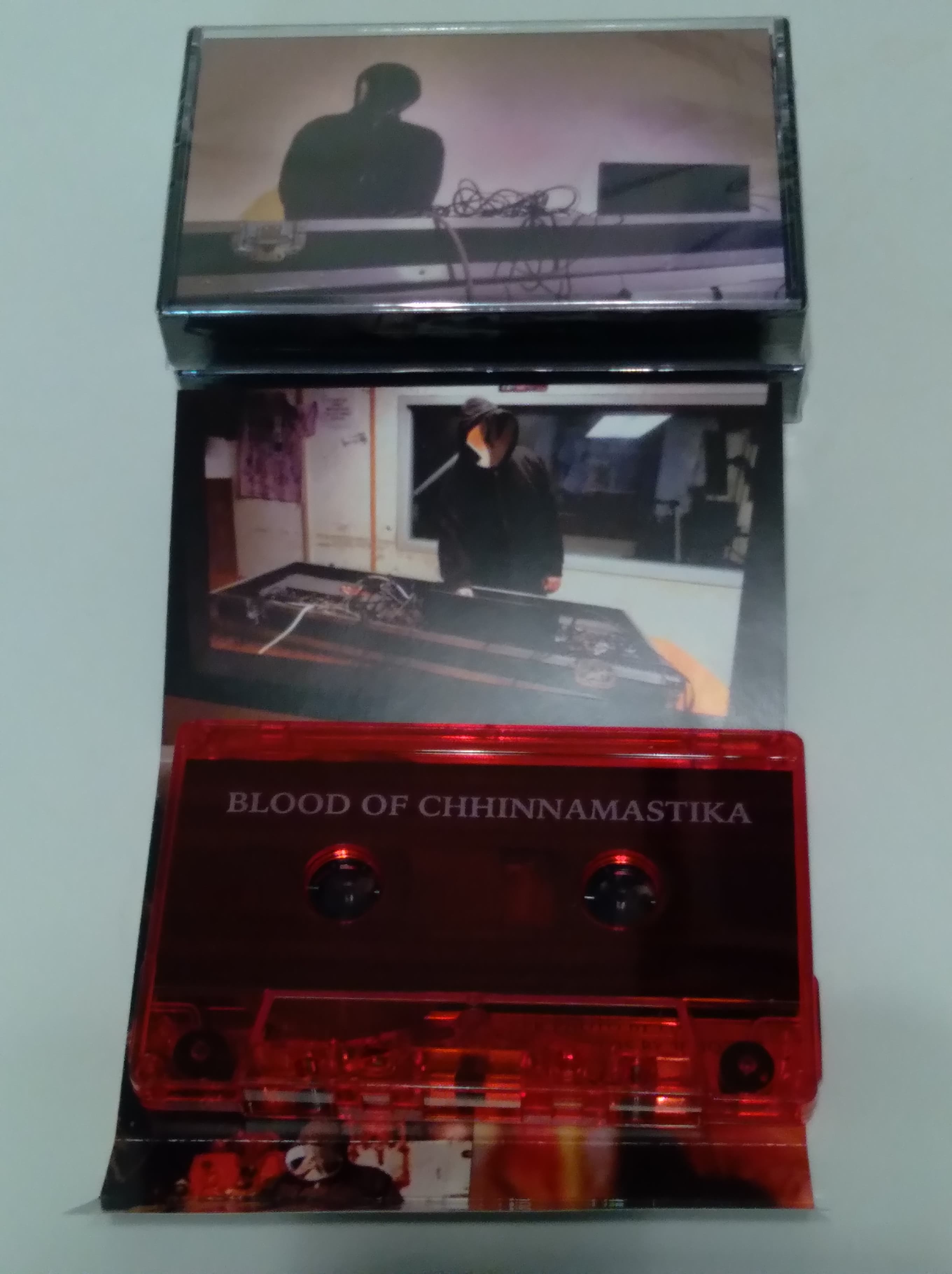 Live offerings provided from 2018-2020 at various altars such as KFJC and other radio performances, Norcal and Tulsa Noisefests and other rare and strange blossomings. Evocations giving rise to the illusion that consciousness is an emergent property unlike the more truthful version of the story that it is a fundamental aspect of the universe as mass is inseparable from physical matter. When occult speeches and fundamentalist christian sermons are cut up and rearranged new narratives are formed that synchronize with mental thought patterns of the listener until the barrier between listener and the sounds being listened to are dissolved. Vast seas of ignorance spewed forth from some of the most learned institutions in the world. Feedback loops of data, audio and the five elements give rise to new forms of etheric beings. Tantric mantras of horrendous strength are blasted into your primetime prairie home. Your greatest fears are a hallway of mirrors that give rise to the great delusion that holds together the entire world. The illusion of the self. This is a necessary evil! 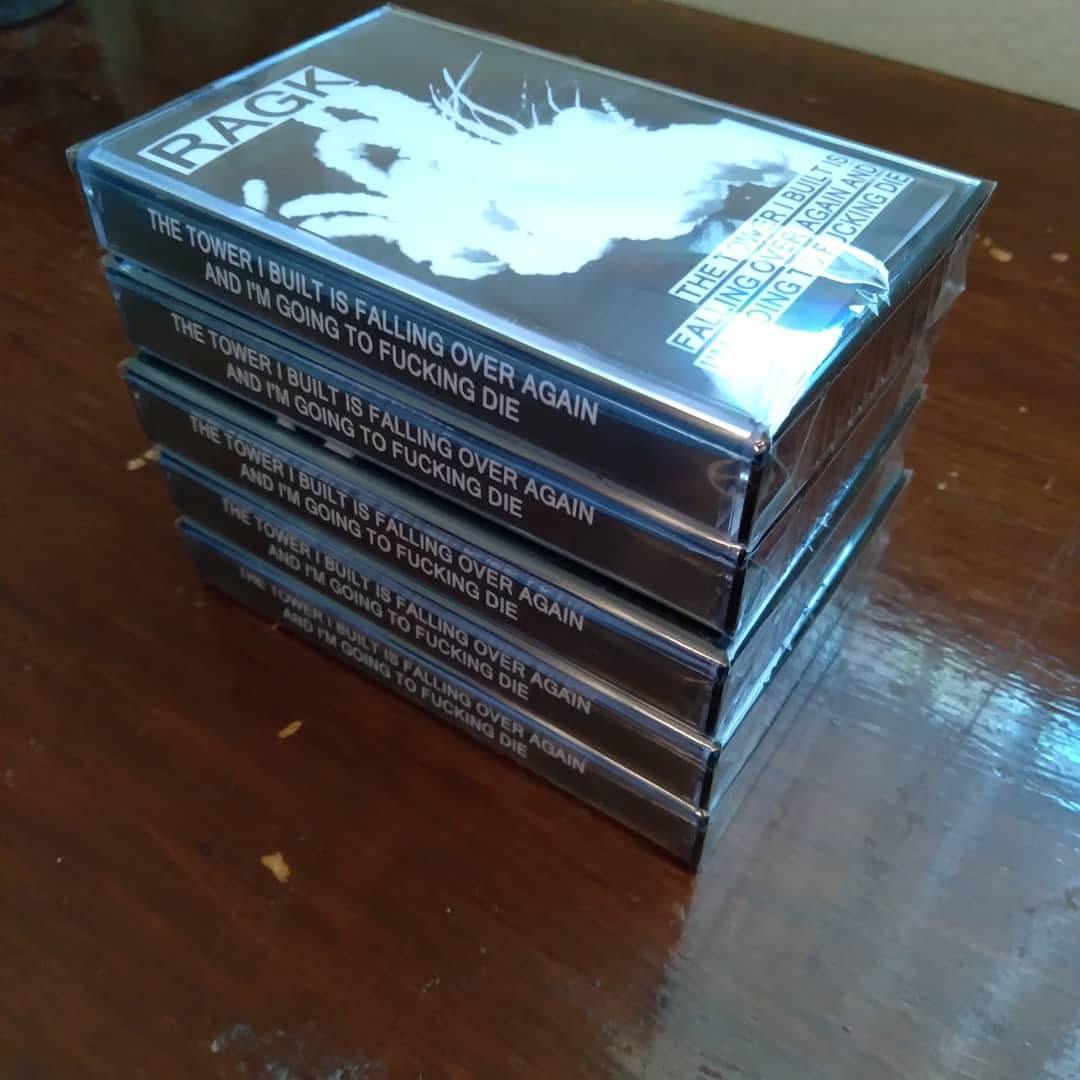 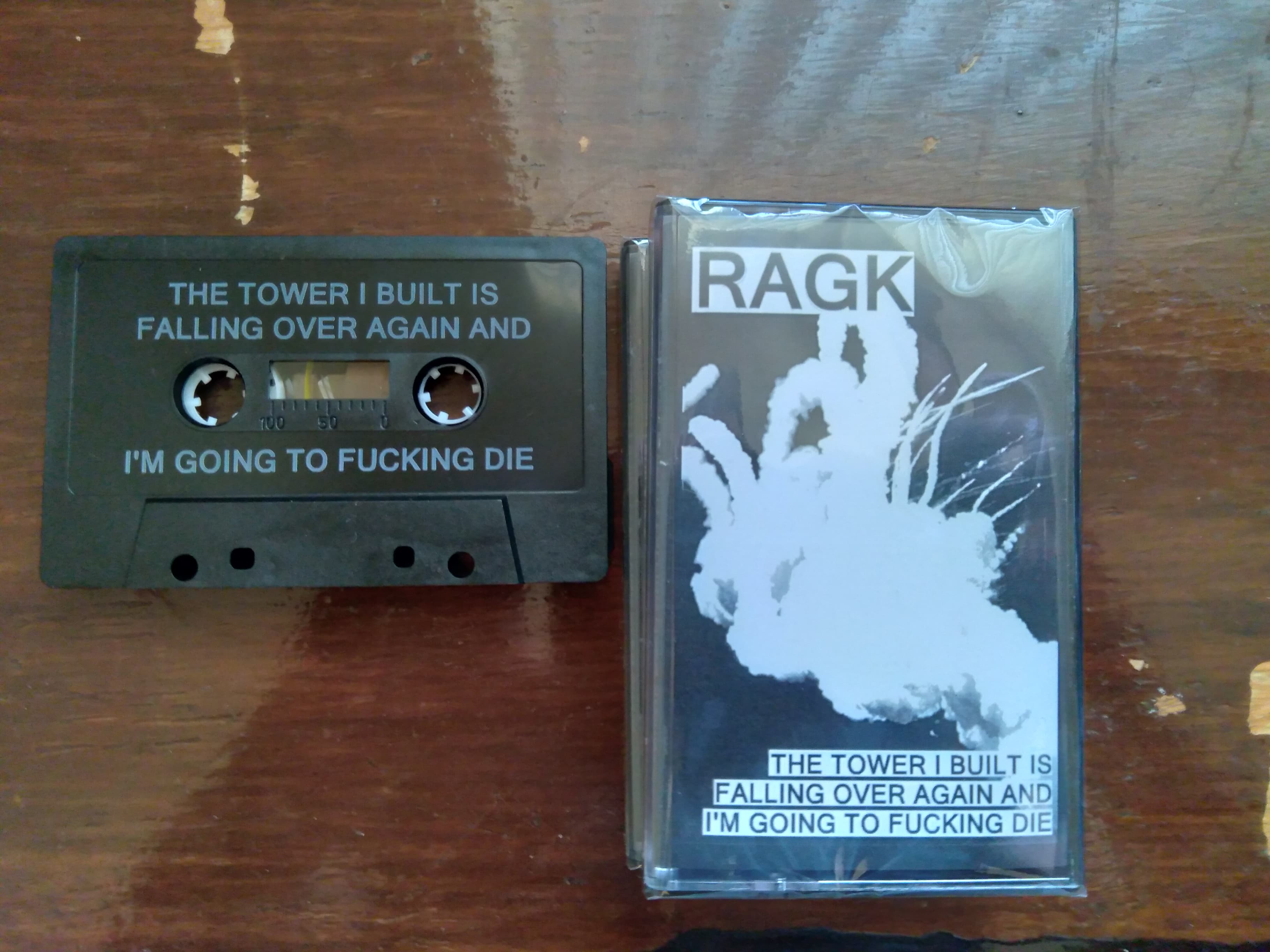 The symbology of Towers in literature and other media is highly contested as to its meaning, but as with all symbols, trying to find a homogenous meaning is ultimately fruitless. One way in which the Tower can be interpreted is as a metaphor for mental health. A shoddily made tower, constantly at risk of falling over. Makeshift to begin with, materials barely suited for a children's arts and crafts project much less a structure of any variety. Every meltdown averted could be represented as a frantic shoulder pushing the Tower back into place, hoping this time, finally it will stay put. Another beer, another piece of duct tape. It's more duct tape than Tower at this point. And one day soon, it shall finally collapse, destroying everything and everyone in its path. 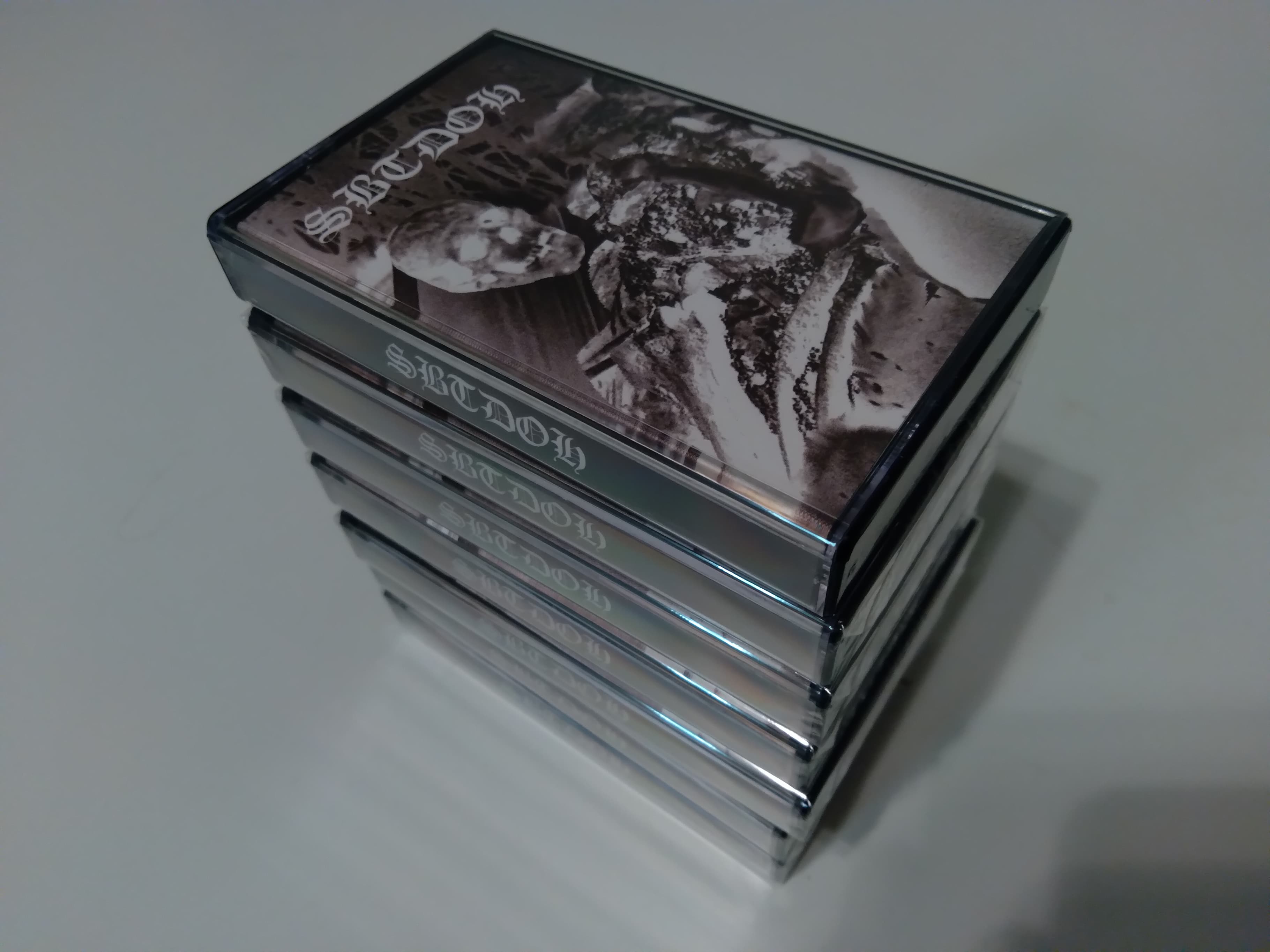 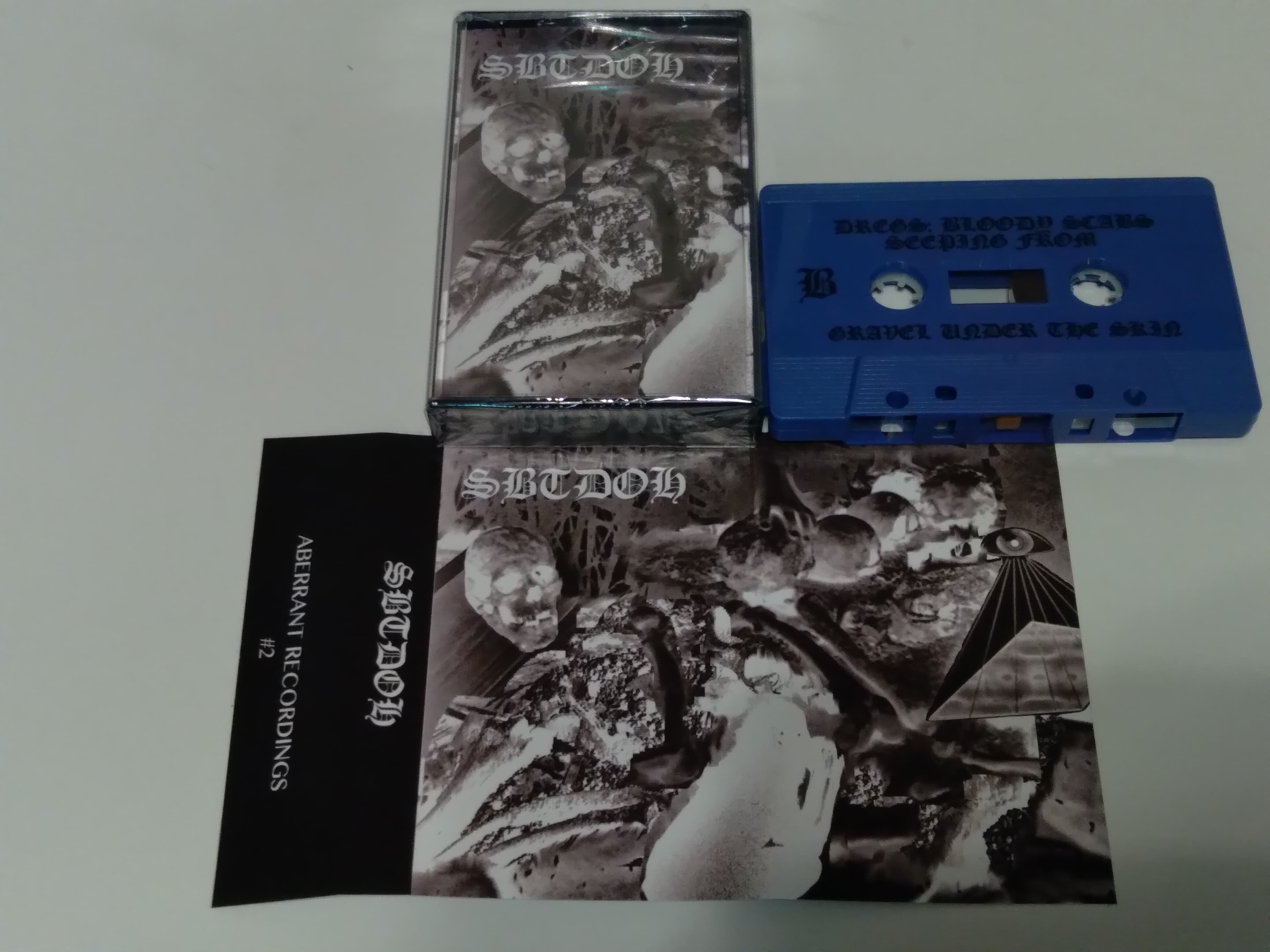 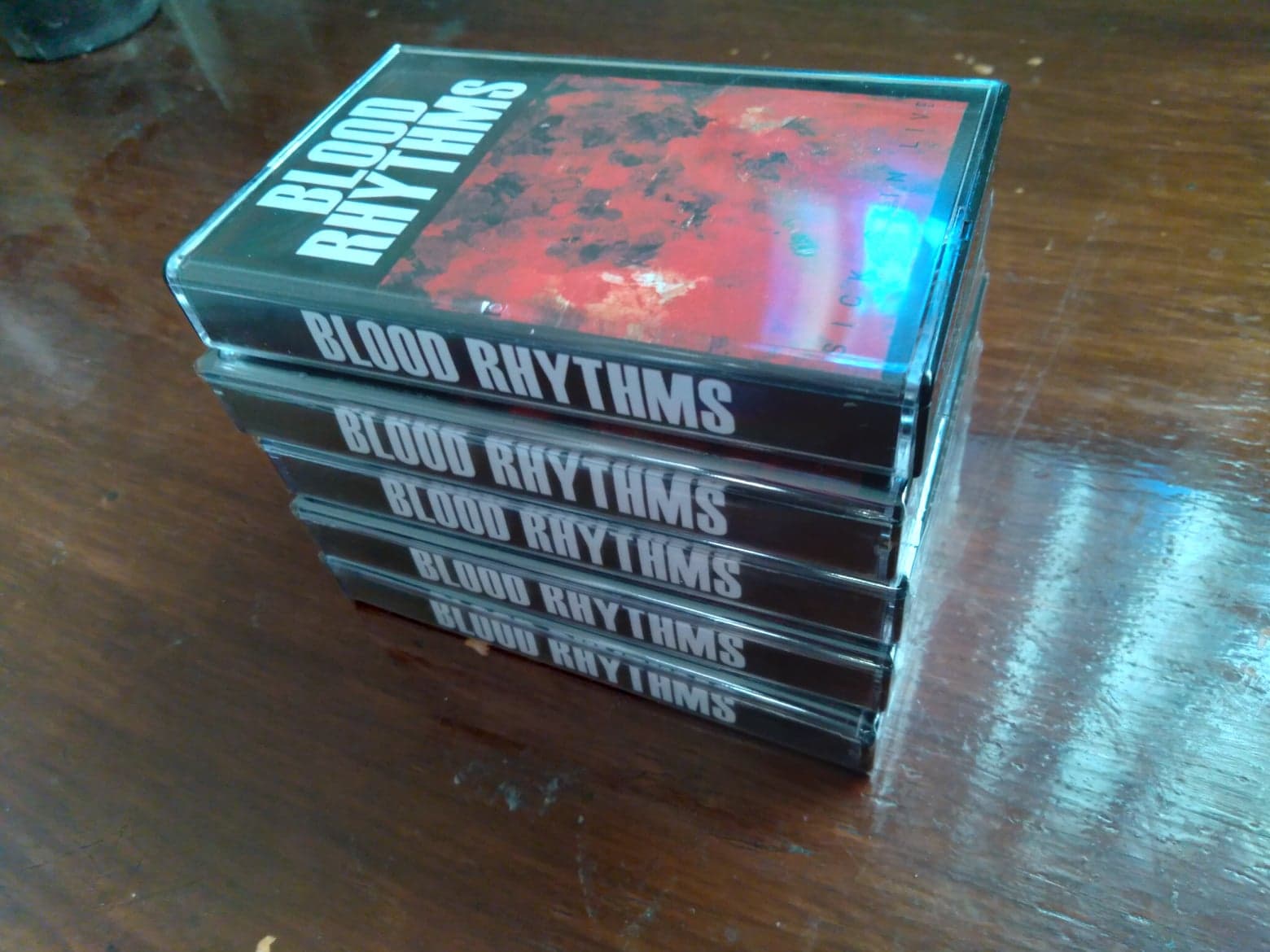 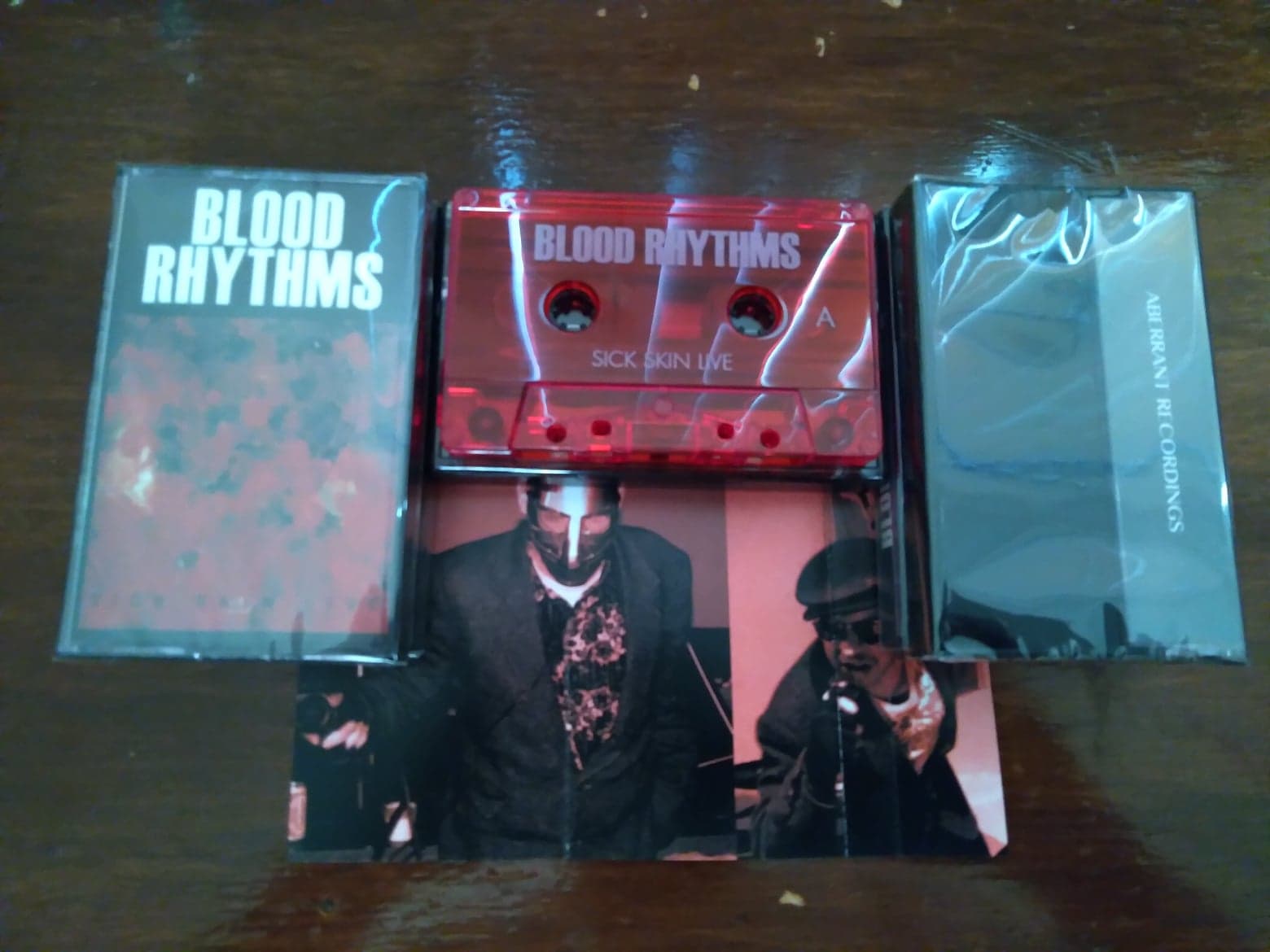 In December of 2010, Arvo Zylo decided to take the momentum from a previous series of live group performances and give it an official umbrella, anointing the project with the name "Blood Rhythms".  He'd toured solo twice in that year, and developed more of a performance than a live noise set.  This started in October 2010, while riding a train to a show he'd been planning at Elastic Arts in Chicago.  The lyrics to "The Face You Made" came immediately during the train ride.   Zylo arrived and went straight to the sound room, to program something out of broken presets on his sequencer.  When it came time to yell for this performance, he'd decided against it.   For one, the space was more for improv leanings, and wasn't really fit for power electronics, and more importantly two, a guest at the show had brought a labrador with them, and that dog was barking and snarling at Zylo more and more during his set.  That set was more spoken word with experimental music backing it.

The second time Zylo performed this piece, he screamed double time.   This was at St. Louis Noise Fest, and it received resounding applause from a (relatively) sizable crowd. Zylo toured for much of November 2010, alone and on a Greyhound bus, where he encountered people who were going to Mexico to sell all of their belongings for their new Nigerian wife-to-be, or people who told stories of being kidnapped by the government and driven around in a black van for months, only to be dropped off in the middle of nowhere, at a Greyhound bus station.  One of the bus rides through the south was delayed significantly because of a drug bust on the bus. During these bus rides, and long layovers, which were sometimes 27 hour stints, Zylo wrote the lyrics for what would become the "Civil War" LP.   The lyrics arrived like a bolt of lightning, and didn't require much deliberation, including a somewhat reasonable approximation of one of Baudelaire's poems, unbeknownst to Zylo.

From 2010 to 2016, Zylo performed both solo and with organised groups as Blood Rhythms.  When playing out of town, there were times when group performances were organized remotely and well in advance.  For example, at Denver Noise Fest, an early version of "Alchemy & Grief" was performed with several people throwing around duct taped boxes full of glass at each other. There were also three people playing belt sanders against sheet metal.  Several mirrors were used to reflect light in an otherwise dark venue; Mirrors which were also uniformly smashed during the performance.  The curators of the fest had collected months worth of beer bottles for us, to their credit.  In Cleveland, Zylo organized an evening of radio-based noise performances, with his actual performance being integrated into a broadcast with several performers and their radios (15-20) tuning into the same broadcasting frequency of the performance, so as to give off a real-time broadcast feedback ceremony.   Zylo's performance fedback on itself, and then he was allowed to run sound on the soundboard for the remainder.

In Chicago, Zylo's home base at the time, Blood Rhythms performances sometimes featured several drummers, and often a brass and horn section, making dense, droning noise for a scathing delivery of what was often referred to as "weirdo power electronics". Blood Rhythms' Civil War LP was released in 2019 from professional studio recordings, and with tons of source material from various players. While the LP features contributions from dave phillips, Bruce Lamont, Wyatt Howland, Daniel Burke, Mike Weis, and others, the genesis of the material really came to fruition when Arvo was alone on tour, and enduring long bus rides.  Specifically, in 2013, when dealing with a traumatic relationship, Zylo performed three times in Cleveland, with some very bad news he'd been informed of while on tour.  One of these performances was captured on Cleveland radio station WCSB, with radio feedback being integrated into the presentation.  Other live sets involved self-flagellation, and Zylo wrapping himself in packing tape, so as to amplify his heartbeat and his throat with contact mics.

"Sick Skin Live" is a small collection of what solo live recordings remain from that time.  For those who haven't seen these performances, it can help to give a greater understanding to the context of Blood Rhythms' "Civil War" LP.    Since then, Zylo may have permanently blown out his voice, so the amount of these types of performances are numbered.  We hope you enjoy it.  Either way, we humbly appreciate your time and consideration.